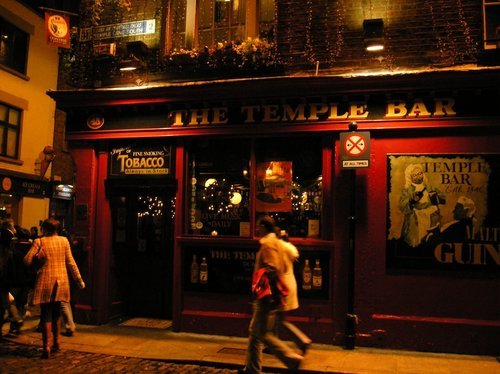 Irish people are known for their quick word pronunciation and very heavy accents. In an Irish bar, you might catch a few phrases. However, if you are not of Irish descent, you might not understand what they are saying. The following are a few phrases you might hear and their meanings.

When friends are out in a bar on a drinking spree, you will hear this phrase getting thrown around a lot. The phrase is used to ask/tell someone to stop acting stupid, depending on the speaker’s tone of voice. The phrase can also be used to talk about other things. Say, if their bike is not moving, you might hear a person using this phrase in frustration.

Look at the State O’you

This is a popular exclamation mostly used to describe a person who is intoxicated and disorderly. The phrase is a general demeanour of a poor state of something or someone.

This phrase is used mostly by northern Irelanders while joking and teasing each other for being drunk or acting silly.

One may have been working very hard, and they are now reaping the fruits of their labour. This phrase is used mostly by people making merry or out on a drinking spree to enjoy their well-deserved earnings. You may hear them boasting to their friends saying, “We’re sucking diesel now, mate.”

‘Tis Only a Stepmother Who Would Blame You

The phrase is mostly used by someone who is about to commit a minor offense to reassure themselves. The offense might not be so serious, and their interpretation is that only a stepmother would get offended by the insignificant mistake. In bars, you will hear this saying used by friends encouraging each other to overindulge.

It’s always a jolly good time in Irish bars and their love for a tipple has them always producing some of the nicest drinking quotes you will hear anywhere!